We use cookies to make your experience better. To comply with the new e-Privacy directive, we need to ask for your consent to set the cookies. Learn more.

Be the first to review this product
€8.50

An 80g bar of 70% dark chocolate from Krak Chocolade, made using beans from the Bên Tre plantation in Vietnam.

Skip to the end of the images gallery 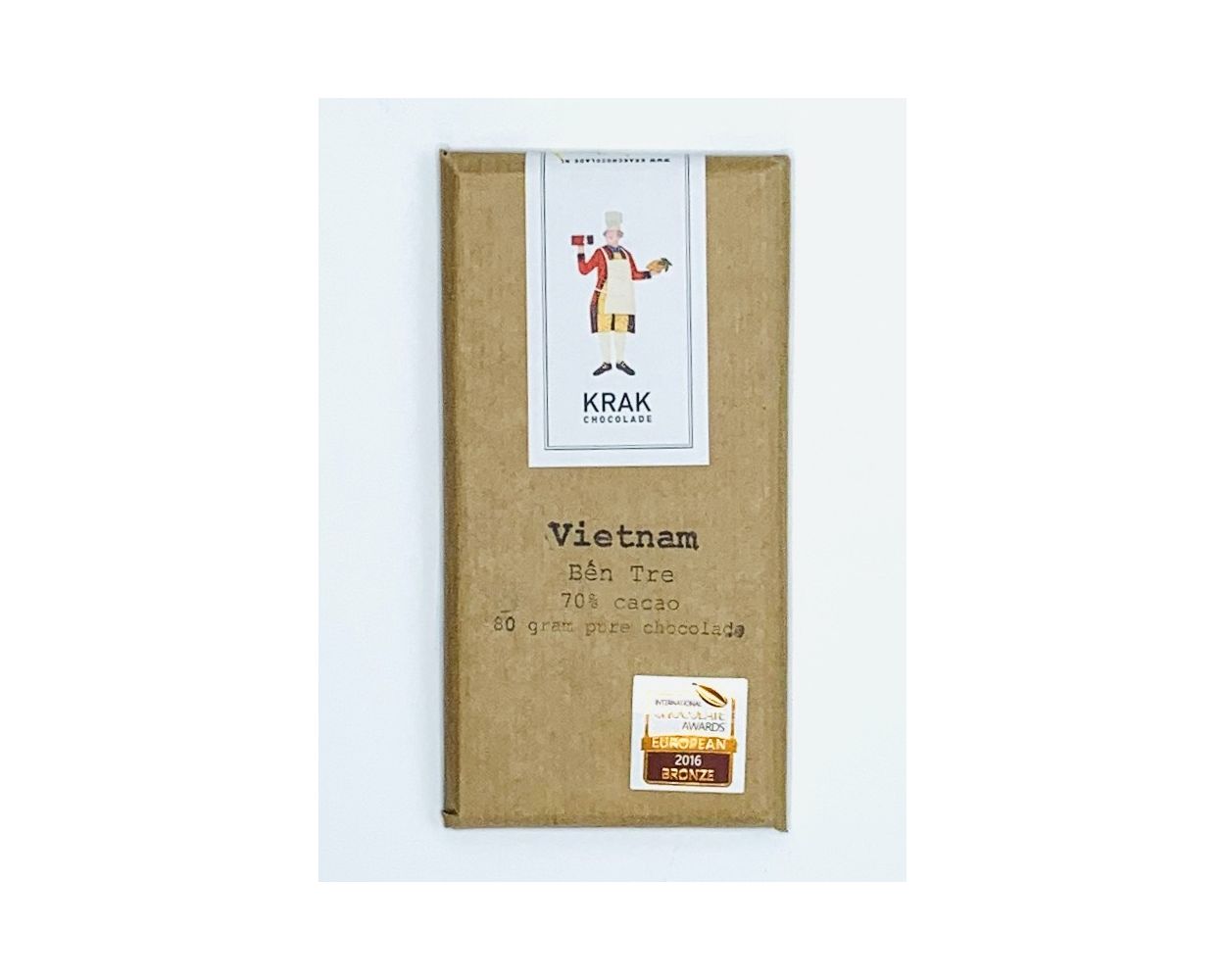 Skip to the beginning of the images gallery
Details

An 80g bar of 70% dark chocolate from Krak Chocolade. The single origin beans are sourced from the Bên Tre plantation in Vietnam.

This bar is vegan friendly and is free from Nuts, Soy, Dairy and Gluten.

Vietnamese cocoa has had a tumultuous history, beginning with a largely unsuccessful introduction in the 19th century. More cocoa trees were introduced in the 1980s, but again, circumstances conspired against their success - until the early 2000s, when demand for cocoa began to grow in Asia, which led to another push for plantations in Vietnam. It was this effort that bore fruit, and now Bên Tre is one of a number of successful plantations in Vietnam.

Tasting notes: A smoky start and spicy character, which slowly changes to a light acidity and notes of yellow fruit.

If you're interested in more Vietnamese chocolate, we carry Marou chocolate, a manufacturer themselves founded, and still based, in Vietnam. Marou uses single origin chocolate from various plantations around Vietnam, including a pair of bars from the Bên Tre plantation.